You are here: Home / Fans / The Best Fan with Temperature Control

If you’re looking to buy a new fan and would like one with a temperature control feature, we’re here to help. Below you can find a few things you need to consider before purchasing one of these fans and then take a look at our recommendation.

A Few Points to Consider

Before we take a look at our top pick, there are a few things to consider when purchasing a fan with temperature control. 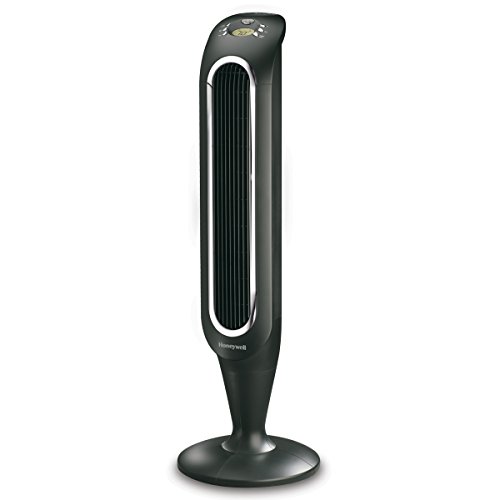 The temperature control feature on the Honeywell allows you to set a temperature and the fan will turn itself on and off and attempt to maintain that temperature. Other features include three speed settings, a remote control, and auto shut-off.

One great thing about the Honeywell Fresh Breeze is the removable filter. The filter will need cleaning about once per month, but since it can be removed to be washed this is really easy to do.

In terms of noise, this fan isn’t the quietest fan in the world and it will make some white noise, but most users have found that it isn’t too disruptive for the most part. However, a few people have found that when the oscillation feature is turned on it can be a little noisy.

A Pedestal Fan with Temperature Control?

If you would prefer pedestal fan with temperature control instead of a tower fan, you could check out the Lasko S18610 (link to Amazon). However, there currently aren’t many reviews for this fan so it’s difficult to say how well it will perform. 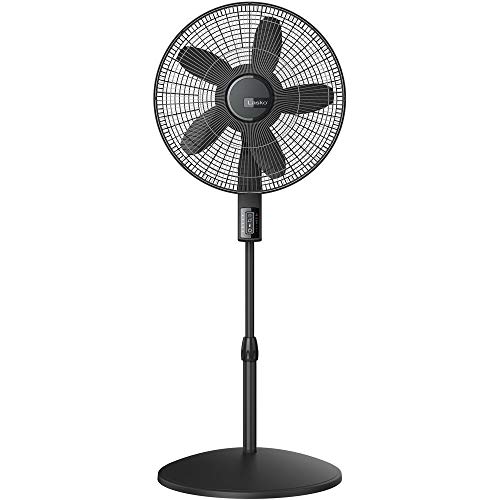 We know how hard it can be to purchase a new appliance. There are so many options to choose from and it can be a nightmare deciding on the best choice for your individual needs. Here at The Appliance Guide, we are dedicated to making it as pain-free as possible to choose the best appliance, whatever your needs.